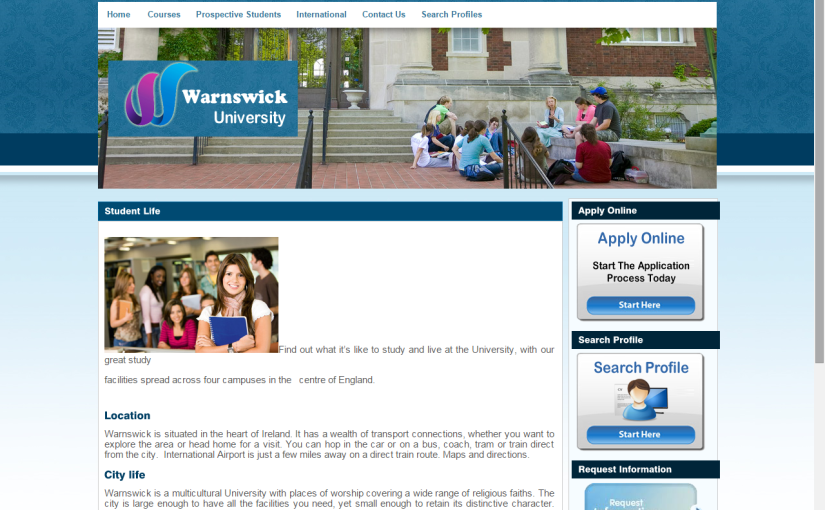 As you know, we are carrying out work for the Government investigating bogus universities and adding them to the university look-up service on HEDD. It’s critical to be very clear about individual providers claiming to be UK universities.

We CAN say definitively whether institutions are or have ever been recognised degree-awarding bodies in the UK. The only way an individual can hold a recognised UK degree is from one of those bodies – either directly, or from a Listed Body whose degrees are validated by one of the Recognised Bodies. This is unequivocal. The list of current providers can be found on the Gov.uk website here. The university look-up service on HEDD also carries historical information to cover name changes, mergers, old universities and directs you to the current institution where records are kept for you to make an enquiry.

Since the Government announcement last month we have had lots of requests for a bogus universities list. BIS is keen to name and shame the culprits so we are working on it with a view to publishing shortly. We are also liaising with the appropriate enforcement agencies to shut down the websites and prosecute the perpetrators if possible. We will ‘out’ them here on the blog.

It’s important to distinguish between the completely bogus providers and those running private or alternative universities and colleges which are perfectly legitimate places of study, but whose degrees are not recognised UK degrees. If they claim to award UK degrees, we will advise them to remove the misleading information from their websites.  If they don’t remove it, we will highlight them on HEDD as not being degree-awarding bodies.

Today’s dish of the day is Warnswick University. Actually this isn’t new. it’s a reincarnation of our old friend Wolverhamton University – now defunct, thanks to us.

So how do we know it’s the same bad guys?

It has the same stolen information from the genuine University of Wolverhampton website and a service to verify its fake certificates – which, of course is its main purpose. A new header and a few new stock pictures can’t disguise it. Plus they have missed one of the references to Wolverhamton on the site*.

The site is owned by someone called Smart Boy in Uruguay, using a fictitious address and a gmail account. We won’t be able to trace it as it’s outside the UK, but we can at least make his deceit public.

*Now I could say where it is, but then they will amend it. Plus it might entertain you to look for it. There’s a Twix for the first reader to spot it.

2 thoughts on “Naming and Shaming”